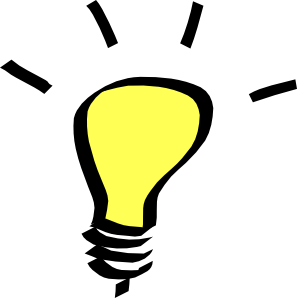 So I’m driving along on a California freeway, six lanes in each direction.  Six lanes.  The traffic is relatively light, so we can all choose whatever lane we want.  But I notice no one drives in the rightmost “slow” lane; my fellow drivers are spread out across the remaining five lanes.  Is there a stigma to that “slow” lane?  Indeed, the driver in the left-most “fast” lane is going the slowest of all.

I realize I’d like to pass, which I would have to do on the right, but I can’t because the driver in that lane is also going relatively slowly.  And I find myself growing annoyed at this situation.  “What are these drivers thinking?” I ask myself.  If they want to drive slowly — fine!  Pick a slow lane.  Why dawdle in a fast lane?  If we all chose our lanes thoughtfully and cooperatively, everyone could go just the speed they want.  No problem.

And it’s not just these two drivers, either.  All five left lanes have relatively slow cars in them.  Cars approaching from the rear that want to speed along have to weave in and around many of these sluggish cars.  In fact, the irony is that the fastest drivers end up using the slowest lane a lot, because it’s usually empty, creating the dangerous situation where the fastest vehicles and the slowest merging on-ramp traffic vie for the same space.  Crazy.

“Why, why, why?” I self-righteously ask as I shake my head and condemn my fellow travelers’ lack of safe and considerate driving choices.  And, just moving here from the Midwest, I leap to the stereotypical explanation that Californians in general are so caught up in their own experience that they are oblivious to the needs of the other drivers around them.  Unfair, I grant you, but that’s where my mind goes.

So I pause.  I take a breath and remind myself that G-d has created this moment for me for a reason. What might He want me to learn from it?

The thought blossoms in my mind: is this how we look from On High?  We’re all going about our daily individual lives, caught up in our own experiences, our own families, our own Facebook pages, and all the while–  people relatively nearby don’t have enough food to eat, families lack shelter, children face terrible schools, whole communities are losing hope.  There’s a crisis demanding our attention, and yet we go trudging along, day by day, seemingly oblivious to the fact that our inaction keeps such a system in place.

What are we thinking?

G-d seems to have infinite patience with us, but I have to say, “Why, why, why?”  Why are we, one of the richest nations on earth, failing to provide for our fellows in such obvious ways?  Do we really think it’s fair and good the way things are for the least well off?  That their suffering is somehow their own fault?  Even the kids growing up in some of these neighborhoods and schools?

I had a conversation recently with my soon-to-be brother-in-law.  When we look back at the 50s, we wonder how people could tolerate such a blatantly racist system of separate public bathrooms and schools, sitting in the back of the bus, and so forth.  Surely we would never have been so complacent, right?  But what will generations hence say about our tolerating the huge inequity in school systems between rich and poor communities?  The glaring and increasing gap between the rich and poor overall?

Lovely questions to ask, I say to myself.  Ultimately, I’m asking these questions of myself, Gentle Reader.  And I’m not at all sure what I’m going to do about this.  When I was younger I did social work for a time, helping families in difficult situations.  We didn’t solve all their problems, but I know I did feel, at the end of the day, that I’d made some kind of positive difference in their lives.

But I feel we need some kind of systemic change here; a more widespread change of awareness, a change of heart.  We need to find ways of working cooperatively, not just on the highway, but in communities as well.

I feel this acutely myself right now.  Moving to Oakland, where plenty of folks are suffering, I find it difficult to contemplate taking a six-figure computer job and just ignoring their plight only a stone’s throw from my house.

Part of the difficulty, I think we all readily admit, is that these problems seem so large and intractable that we don’t know where to start.  So we don’t start, and we end up doing nothing at all.  Which is clearly unsatisfying.  Even volunteering one weekend a month would be better than nothing.  But somehow that feels inadequate as well.

And this is something I need to figure out.  It’s bothering me.  I can’t just poke along behind the slow moving driver in front of me, thinking self-righteous thoughts.  I need to act.

Gentle Reader, what do you suggest I do?